Aghia Triada is a village filled with houses of traditional architecture, an element that makes it unique and picturesque. Wandering around the village can offer the visitor amazing photographic-like images. The paved squares and passes, the stone founts, the trim gardens full of dahlias, roses and geraniums, along with the majestic forests of firs and chestnut trees that encompass the village put together the pieces of the most amazing images. It is worth mentioning that the main founts of Megdovas River lay in this area.

A little further up, in the position called “Vavoolia”, lays the church of Prophet Elias which was recently reconstructed. It is constructed with stone and it may not have a dome but it has some beautiful murals (it was built somewhere between 1790 and 1795 by monk Gabriel). Until 1830 it serviced as a Monastery but it later closed due to the lack of monks.

During the Turkish Conquest a Hellenic School was founded in Aghia Triada by Dean Joseph, who came from the nearby village of Fourna, and Vassilis Kostopoulos, who came from the village of Redina. Furthermore, there is a Museum of Folk Tradition, housing old traditional costumes and utensils, and a public library, the “Fotios Library”, which is housed in Karapiperis Foundation. Last but not least, the churches of Saint Vissarios and Saint John are definitely worth a visit to admire the carved-wooden screens and the majestic paints.

Aghia Triada is also the home of many important personalities of Art, Science and Politics that became famous around the world.

Panos Vassiliou (1898-1985), historian scientist and folklorist (the most important researcher of our village having conducted numerous studies without which a few significant parts of our history would still be unknown), was honored by the Athenian Academy award for one of his studies and remained a member of the Company of Greek Litterateurs.

Fotios Karapiperis (1907-1966), had studied Mathematics and became Doctor of Natural Science, Tutor in the Meteorology Institute of the National Observatory of Athens, Lecturer of Meteorology and Research Fellow of Harvard University.

Chrysostomos Karapiperis (1912-1989), politician that came in the politics as a member of the Greek Parliament and remained in that position from 1950 until October of 1981. In that period of time he was Deputy in the Ministries of Public Transportations, Education and Agriculture. 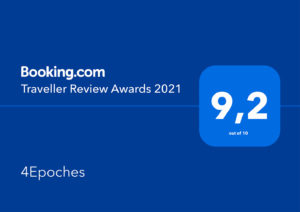